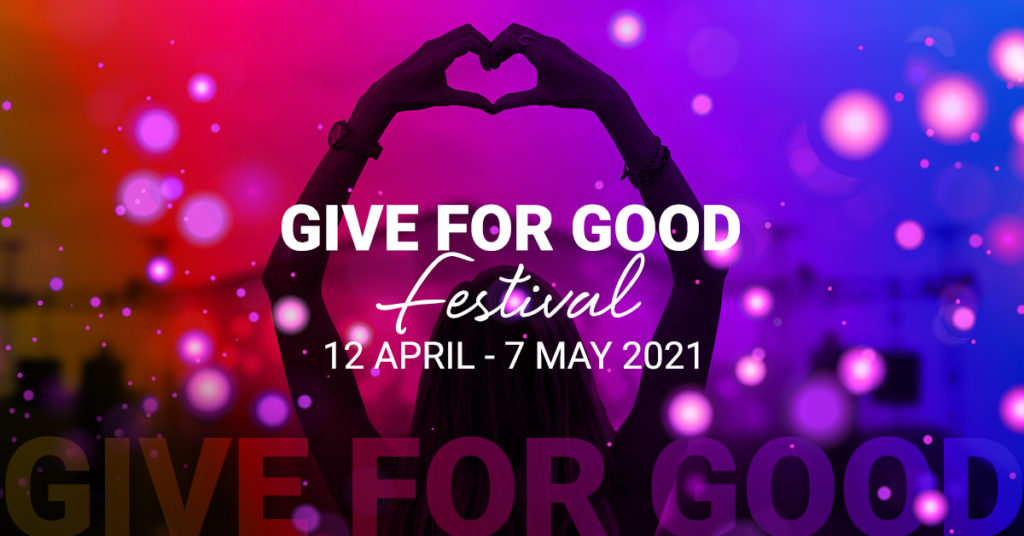 WOLF launches ‘Give for Good’ virtual festival for charity

WOLF is about to harness the power of its strong community once again with the launch of its annual charity campaign.

We’re hosting a virtual ‘Give for Good’ Festival to boost the $1.5m already raised for charity partners over the last seven years and this year we’re partnering with Action Against Hunger and Save the Children.

The festival will be a month-long line-up of audio chat shows and performances, challenges, games, and competitions. The money will be raised by purchases of in-app products such as exclusive charity Charms and games. Proceeds from the purchases of these items will go directly to the charities.

As a UK tech company with a core audience in the MENA region, WOLF, which originally launched in 2006 as messaging app Palringo, introduced the charitable initiatives as a way to

engage with our audience in the MENA region, during Ramadan.

“It’s been an incredibly tough year for everyone and during the pandemic, we’ve seen a huge increase in users so we’re hoping that this year will be even bigger and better as more people are choosing social audio as a way to interact and entertain.”

As we’ve grown in popularity across different markets, the charity concept also developed to become more inclusive of audiences from all over the world. However, as a nod to our heritage, WOLF will still launch this year’s campaign on Monday 12 April and end a month later, on Wednesday 12 May, the period of Ramadan observance.

This year, there will also be virtual Ramadan tents, where users observing the religious festival can socialise and interact with each other.

Gary Knight, WOLF CEO explains: “Users can purchase specifically created charity charms and use these to vote for performers in shows, to enter charity competitions for the chance to win prizes, and to interact on the virtual stage with hosts and performers.

“Users will also be able to play games and take part in tournaments within their chat groups with specially created in-game charity items to collect and all of the proceeds of those sales go to our charity partner.”

Action Against Hunger has been dedicated to leading the global fight against hunger for over 40 years. Operating in nearly 50 countries, the charity helps save the lives of children by working with communities to find effective solutions and share knowledge worldwide to help eradicate global hunger.

This year’s WOLF is also supporting Save the Children, which was established more than 100 years ago to improve the lives of children through better education, health care, and economic opportunities, as well as providing emergency aid in natural disasters, war, and other conflicts

Gary says: “This is our eighth event and since we first started running these campaigns we have raised over $1.5m for charity and we hope that this year’s campaign will significantly contribute to that total.

“It’s been an incredibly tough year for everyone and during the pandemic, we’ve seen a huge increase in users so we’re hoping that this year will be even bigger and better as more people are choosing social audio as a way to interact and entertain.”

Half-way update on ‘Give for Good Festival 2022’

What role does female empowerment play in diversification in the MENA region?

Looking back at our charity campaign ‘Give for Good Festival 2021′

Hit enter to search or ESC to close